Your Business - Your Choice

Do You Know About Mondeo MK IV DPF Pressure Hoses?

Alongside its premium quality First Line Turbo Hoses, the First Line Group (FLG) has now introduced a set of replacement Pressure Hoses for the diesel particulate filter (DPF) on the Ford Mondeo IV, as they are prone to premature failure. 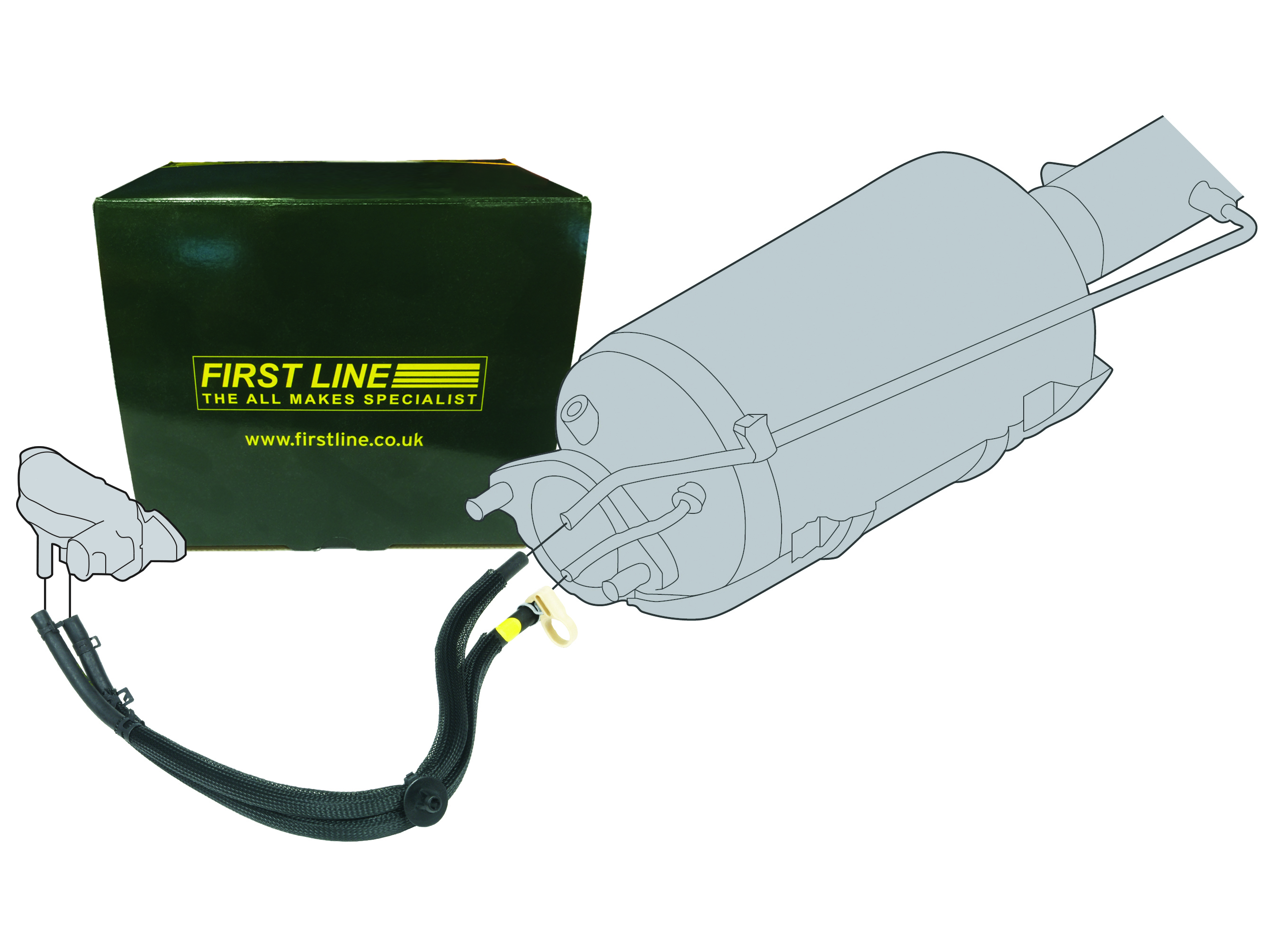 The Ford Mondeo IV and its derivatives are fitted with a DPF matrix that is coated with a platinum based catalyst. This lowers the temperatures needed to start burning the soot/carbon and is designed to last about 120,000 miles. The DPF is monitored by a differential pressure sensor for conditions where it may be overloaded. The monitor compares the calculated restriction of the DPF to two thresholds.

By exceeding the first threshold for a sufficient period of time, the DPF warning light will be illuminated. It is likely that a scan tool would then show code P2002 - Particle Filter: Efficiency below limit (cylinder bank 1). Often in cases of the DPF indicator light being illuminated, the initial assumptions made are that the DPF needs replacing, which is a costly repair for the end user and may not be the cause of the light coming on. It is extremely unusual that a DPF will simply fail on its own, as it is just a filter (the problems are usually upstream or to do with the actual system). At this stage the true fault needs identifying so that the DPF can regenerate itself and continue to do its job.

Sometimes the code is just cleared and the vehicle is driven away. However, if the original problem is not found and the vehicle exceeds the second threshold for a sufficient period of time, the DPF warning light and the MIL will be illuminated and engine output will be limited and the EGR disabled. Effectively the vehicle will be in â€˜limpâ€™ mode as the DPF is likely to be full and may now need to be replaced along with any other components that have led to the failure.

The Ford Mondeo IV, Galaxy II and S-Max are fitted with a pair of rubber hoses, which run to and from the exhaust system either side of the DPF, allowing the connected pressure sensor to monitor the pressure differential either side of the DPF and consequently calculate how â€˜fullâ€™ the DPF is and therefore when the car needs to carry out its regeneration.

Due to the arduous conditions in which these hoses operate and the very high temperature fluctuations they are subject to (up to 600 degrees Celsius during DPF regeneration), it is not uncommon for these rubber hoses to become fatigued, hardened, brittle or scorched. This can lead to their failure, which will subsequently cause the differential pressure sensor (DPS) to register the incorrect reading.

First Line advises that if the vehicle is reporting engine code issues such P2002, P2452, or P2453 relating to the DPF or DPS, then there is a possibility that the DPF Hoses are the cause and require replacement. The inspection of these items should therefore be the first thought as it could save the vehicle owner from a lengthy repair and subsequently, a costly bill

Having recognised the need for a premium quality aftermarket replacement, First Line has introduced FEH1000, which can be fitted in as little as 45 minutes if the vehicle is raised on a ramp and the sub-frame cross brace is removed so that access can be gained to the DPS, which is located just behind the engine.

For more information about the premium quality products available from the First Line Group, please call the sales team on: 01869 248484 or visit: www.firstlineltd.com